How does climate change affect me?

Climate change both directly and indirectly affects humans, and life on Earth in general. There are many ways in which climate change will affect us. The main ways are as below;

1. Climate change will create hotter weather and thus will cause an increase in infectious diseases. Climate change creates hotter temperatures, largely due to the increase of greenhouse gases in the atmosphere. This increase in temperature, along with higher humidity, provides more of an optimal breeding ground for diseases, compared to the status quo.

3. Climate change will cause more frequent and intense weather events, such as droughts. This harms industries, such as agriculture, thus impacting the economy For example, in Australia, farmers in regions such as Hunter Valley are experiencing great drought. This means that they have to buy their own feed and water, thus harming them economically.

5. Climate change will be detrimental to our health. This point is somewhat of a cause of the ideas outlined above. The increased prevelance of diseases, the hot temperatures caused by climate change, and more, will all accumulate and have devastating impacts on human health.

What is climate change?

Climate change is essentially the change in global or regional climate patterns. These changes can vary around the world - climate change can be a change in where rain falls, or it can be an increase in global temperatures. Earth is undergoing climate change, which became apparent from the middle to late 20th century.

Why is climate change so bad?

At first, climate change may not strike you as a bad thing. After all, how much harm can a changing climate cause?

The answer to that is a lot. The climate change Earth is currently experiencing is a general warming of the atmosphere. In addition, and in part a consequence of this, various climate patterns, such as rainfall patterns, are also changing. This has devastating effects on both human life, the environment, and the earth itself. The harms of climate change to humans are detailed further below. However, to briefly summarise, climate change causes a range of negative repercussions. The rising temperatures due to climate change causes more frequent and intense weather events; specifically heatwaves. These rising temperatures also affect the ability for many organisms to reproduce, grow and live. For example, increasing sand temperatures due to climate change affects the sex of turtle hatchlings, therefore causing a gender imbalance within the species.

What is the cause of climate change?

What evidence is there to support the idea of climate change?

There is a plethora of evidence to support climate change. In fact, some of the effects in climate change, such as a rise in global temperatures are, in essence evidence itself. The main pieces of evidence are as follows;

1. The rise in global temperatures: Since the industrial revolution, the earth has seen a rise in temperature. However, this rise has gotten significantly worse over the last century. The Earth's temperature increased by an average of 0.07째C every decade since 1880, and this rate has more than doubled since 1981.

Just have a look at this graph from NASA which visualises this increase in temperature.

This temperature may seem abysmal for some - surely a few degrees of temperature increase overtime is fine?

2. The rise in sea levels: As briefly discussed before, an increase in global temperatures will cause more ice to melt, which will thus cause a rise in sea levels. In fact, we are already seeing this rise happen, which is both a consequence and evidence of climate change. This rise in sea levels means that the atmosphere must be warming greater than what is normal, with such increases in sea levels not seen before in the modern world. Look at the graph below by NASA for a visualisation of this rise: 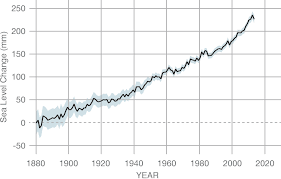 3. Ocean acidification: There is also heavy evidence that humans are the main cause of climate change. The concentration of CO2 in the atmosphere has been increasing quite rapidly since the industrial revolution. During the industrial revolution, there was a rapid increase in the amount of fossil fuels burnt, due to the heavy amounts of coal starting to be used during this period. Therefore, this increase in CO2 concentration can be linked with human activity. Furthermore, the annual rate of increase of CO2 has been rapidly increasing, creating a somewhat exponential rise in CO2 levels. For example, recently, the increase has been at about 2.1 ppm per year. Whereas, in the late 1950s, the increase was at 0.7ppm per year.

What is my carbon footprint?

Your carbon footprint is essentially the amount of greenhouse gases you are responsible for through your actions. For example, when you watch television, electricity is required - this electricity mainly comes from fossil fuels such as coal, depending on which country you are in. So, by watching television, you are responsible for some greenhouse gas emissions and your carbon footprint increases.

In fact, the average American has a carbon footprint of 16 tons, with their actions equating to the release of 16 tons of greenhouse gases into the atmosphere. 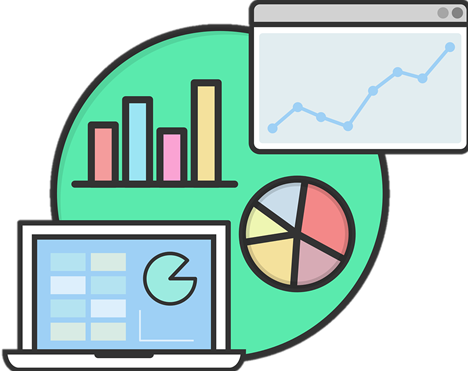 Even statistics alone convey the dire situation that has arisen due to climate change.